When Science Looks Stupid. Realizing what has been obvious for decades… Sugar is toxic..

A new study published on Tuesday, by Dr. Robert Lustig, with the pediatrics department at the University of California, suggests that sugar “is toxic,” reports Time.

According to Time, in most lab studies investigating the role of sugar on people’s health, when those studied reduce the amount of sugar they eat, they are also reducing their calorie intake. Researchers have had a difficult time understanding the separate health benefits gained from reducing sugar intake and reducing calorie intake.

Lustig and his team came up with a plan to keep the caloric intake of study participants even, but to reduce sugar intake. 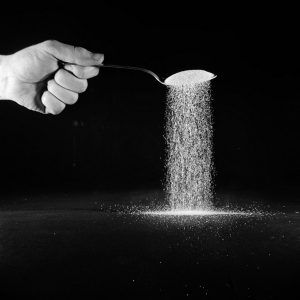 By doing so, the scientists think that they’ve come up with important clues in the search for the answer behind what they see as a problem with what America is eating.

Lustig’s study followed 43 children from Hispanic and African-American backgrounds between the ages of 8 and 18. At the beginning of the study, the children were asked to complete detailed sureys about the type of foods they normally eat.

The researchers then designed a diet that reduced that amount of sugar the children were eating, but kept the overall calories the same.

The scientists said “everything got better” with the children. Some children with the diabetes precursor condition, insulin resistance, changed to being insulin sensitive.

The level of sugar in the blood was reportedly reduced by 53 percent, the level of fat in the liver decreased, “triglyceride and LDL levels also declined,” and the amount of insulin needed to process carbohydrates and sugars declined as well.

Even though the caloric content of the sugar reduced diets was kept constant, some children still lost weight. The researchers then compared the results of the children who had lost weight on the sugar reduced diet with those that hadn’t. There was no difference; regardless of weight loss, sugar appeared to be having a negative effect on children’s health on its own.

Lustig goes on to explain that the food that he provided to children in the study was far from ideal. He substituted carbohydrates to keep the calories up, while reducing the amount of sugar. The scientist stated that he gave the children “crappy food, s****y food, processed food — and they still got better.”

Fructose  is reported to be the worst kind of sugar by researchers, says Pulse Headlines.

Dr. Mark Corkins, a scientist with the University of Tennessee states that he feels that Lustig’s study is “important” but that he hopes that people don’t get too carried away with its findings. “We still need to reduce consumption.”

Fatty livers are associated with both alcoholics and with diabetes. That a reduction in sugar intake alone seemed to reduce the instances of fatty liver in children appears promising.

“We’re eating too much,” Mark Corkins, contends. Reducing the amount of sugar eaten is positive thing, but more important is to bring calorie intake down to healthy levels. Several of the children involved in Lustig’s study were previously overweight. Corkins’ point of view appears to be their total calorie intake, rather than just sugar intake, needs to be reduced.

The U.S. Department of Agriculture is expected to release the latest dietary guidelines in 2016. Lustig is hoping that the information gleaned about sugar from his study is considered by the department.