Ancient viral molecules found to be necessary for human development 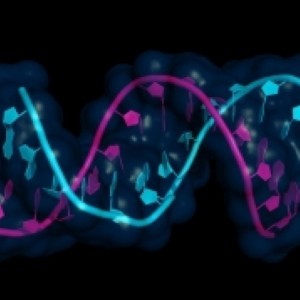 Genetic material from ancient viral infections is critical to human development, according to researchers at the Stanford University School of Medicine.

They’ve identified several noncoding RNA molecules of viral origins that are necessary for a fertilized human egg to acquire the ability in early development to become all the cells and tissues of the body. Blocking the production of this RNA molecule stops development in its tracks, they found.

The discovery comes on the heels of a Stanford study earlier this year showing that early human embryos are packed full of what appear to be viral particles arising from similar left-behind genetic material.

“We’re starting to accumulate evidence that these viral sequences, which originally may have threatened the survival of our species, were co-opted by our genomes for their own benefit,” said Vittorio Sebastiano, Ph.D., an assistant professor of obstetrics and gynecology. “In this manner, they may even have contributed species-specific characteristics and fundamental cell processes, even in humans.”

Sebastiano is a co-lead and co-senior author of the study, published online Nov. 23 in Nature Genetics. Postdoctoral scholar Jens Durruthy-Durruthy, Ph.D., is the other lead author. The other senior author of the paper is Renee Reijo Pera, Ph.D., a former professor of obstetrics and gynecology at Stanford who is now on the faculty of Montana State University.

Sebastiano and his colleagues were interested in learning how cells become pluripotent, or able to become any tissue in the body. A human egg becomes pluripotent after fertilization, for example. And scientists have learned how to induce other, fully developed human cells to become pluripotent by exposing them to proteins known to be present in the very early human embryo. But the nitty-gritty molecular details of this transformative process are not well understood in either case.

The researchers knew that a type of RNA molecules called long-intergenic noncoding, or lincRNAs, have been implicated in many important biological processes, including the acquisition of pluripotency. These molecules are made from DNA in the genome, but they don’t go on to make proteins. Instead they function as RNA molecules to affect the expression of other genes.

Sebastiano and Durruthy-Durruthy used recently developed RNA sequencing techniques to examine which lincRNAs are highly expressed in human embryonic stem cells. Previously, this type of analysis was stymied by the fact that many of the molecules contain highly similar, very repetitive regions that are difficult to sequence accurately.

They identified more than 2,000 previously unknown RNA sequences, and found that 146 are specifically expressed in embryonic stem cells. They homed in on the 23 most highly expressed sequences, which they termed HPAT1-23, for further study. Thirteen of these, they found, were made up almost entirely of genetic material left behind after an eons-ago infection by a virus called HERV-H.

HERV-H is what’s known as a retrovirus. These viruses spread by inserting their genetic material into the genome of an infected cell. In this way, the virus can use the cell’s protein-making machinery to generate viral proteins for assembly into a new viral particle. That particle then goes on to infect other cells. If the infected cell is a sperm or an egg, the retroviral sequence can also be passed to future generations.

HIV is one common retrovirus that currently causes disease in humans. But our genomes are also littered with sequences left behind from long-ago retroviral infections. Unlike HIV, which can go on to infect new cells, these retroviral sequences are thought to be relatively inert; millions of years of evolution and accumulated mutations mean that few maintain the capacity to give instructions for functional proteins.

After identifying HPAT1-23 in embryonic stem cells, Sebastiano and his colleagues studied their expression in human blastocysts — the hollow clump of cells that arises from the egg in the first days after fertilization. They found that HPAT2, HPAT3 and HPAT5 were expressed only in the inner cell mass of the blastocyst, which becomes the developing fetus. Blocking their expression in one cell of a two-celled embryo stopped the affected cell from contributing to the embryo’s inner cell mass. Further studies showed that the expression of the three genes is also required for efficient reprogramming of adult cells into induced pluripotent stem cells.

Sequences found only in primates

“This is the first time that these virally derived RNA molecules have been shown to be directly involved with and necessary for vital steps of human development,” Sebastiano said. “What’s really interesting is that these sequences are found only in primates, raising the possibility that their function may have contributed to unique characteristics that distinguish humans from other animals.”

The researchers are continuing their studies of all the HPAT molecules. They’ve learned that HPAT-5 specifically affects pluripotency by interacting with and sequestering members of another family of RNAs involved in pluripotency called let-7.

“Previously retroviral elements were considered to be a class that all functioned in basically the same way,” said Durruthy-Durruthy. “Now we’re learning that they function as individual elements with very specific and important roles in our cells. It’s fascinating to imagine how, during the course of evolution, primates began to recycle these viral leftovers into something that’s beneficial and necessary to our development.”

The study was supported by the National Institutes of Health and the California Institute for Regenerative Medicine.

Stanford’s Department of Obstetrics and Gynecology also supported the work.