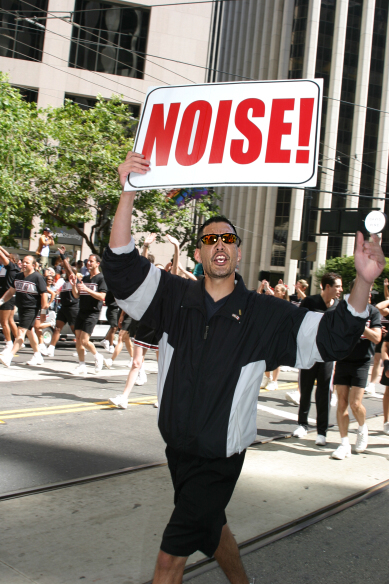 researchers in Germany found that urban middle aged adults who lived near high-traffic roads were 46 percent more likely to suffer a heart attack than those who lived in more peaceful neighborhoods.

Similarly, men whose jobs exposed them to high noise levels were about one-third more likely to have a heart attack than their peers in quieter workplaces.

The reason for these associations is not completely clear, but the stress of dealing with chronic noise may be involved, according to the researchers, led by Dr. Stefan N. Willich of Charite University Medical Center in Berlin.

Researchers suspect that over time, chronic noise exposure may damage the cardiovascular system.

In the current study, published in the European Heart Journal, the researchers considered both the actual sound levels of neighborhoods and workplaces, and study participants’ perceptions of the noise.

They found that women who said they were “annoyed” by traffic noise around their homes were at greater heart attack risk than women who were unfazed. But men’s annoyance levels, at home or work, were unrelated to heart attack risk.

The gender differences, according to Willich’s team, may reflect the fact that men are more likely to work in particularly noisy industries, while women may be more likely to be home during the day — and annoyed by surrounding traffic.

The study included 4,115 men and women, mostly in their 50s, who had been treated for a heart attack in a Berlin hospital. They were compared with a control group of adults the same age without a heart attack history.

Even with a number of heart risk factors considered — such as smoking, obesity and family history of heart attack — people with greater noise exposure had a higher risk of heart attack.

Whether protective gear for the ears, worn to prevent hearing damage, may also lower heart risks is unclear. But the current findings, according to the researchers, point to a need to study the question.