The current consensus is that CO2 is increasing in the atmosphere due to fossil fuel emissions from combustible engines. I think this would be very hard to argue from anyone’s standpoint. But it is not the whole story. In the last  100 -150  years worldwide measurement of CO2 has increased (in the atmosphere) from approx. 300ppm to 340–410ppm (depending on what source you read). The Mauna Loa Volcano station has recently recorded the highest concentration of over 409ppm. The average world wide measurement is slightly lower.
From ice core samples, (measurements which were made prior to 1950), the levels have been between 250–300 ppm for thousands of years (quite stable). (There are some controversies over the accuracy of using ice core samples). So the general consensus backed by evidence would show that CO2 levels have increased sharply during the last few hundred years. So if we take 250ppm increasing to 400ppm we get 37.5% increase (or what is commonly heard, 40% increase over the last several hundred years). 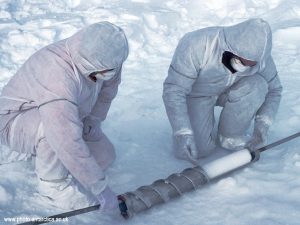 I would like to mention here that one of reasons used in the arguments against climate change is that it has become a fanatical, quasi religious narrative, containing exaggeration, fear mongering and aggressive resistance to opposing viewpoints and that its narrative is promoted by those with an emotional or monetary vested interest in its adoption. There obviously is big money to be had in a global government sponsored climate change movement. Many “groups” call evidence for man made global warming “incontrovertible”. A rather dangerous term to use in science as it means there is an end to the discussion. So, is the CO2 rise man made, or natural.

The increase seems to correlate with the industrial revolution, and we know we are emitting CO2 from fossil fuel driven engines as well as removing carbon sinks via deforestation, so this would seem to be a logical argument for man made CO2 increase.

One opposing argument is that data charted on the increase in CO2 levels corresponds more directly to natural occurring events than anthropogenic sources. The most corresponding agreement seen with increased surface ocean temperature and increased CO2 levels. This would make sense as CO2 absorption by the Ocean (a vast carbon sink) is dependent on temperature. So some feel increase in CO2 is more driven by the sun effects warming the Ocean than man made effects. See quote below…

“It is ten times as likely that atmospheric CO2 is coming from natural sources, namely the warming ocean surface, as it is likely that it is coming from anthropogenic sources. The changes in CO2 track ocean surface temperature, not global carbon emissions. Burning fossil fuels is not increasing atmospheric CO2. Recovery from the Little Ice Age, driven by the sun, is causing the oceans to release CO2. It is temperature driving CO2 release, not the other way around. Just as it has always been.

As the sun gets quiet in the next few years, sea surface temperature will begin to fall, and the rise in CO2 will cease. If the sun stays quiet for 30 or 40 years, ocean surface temperatures will fall far enough to reverse the CO2 rise, the globe will enter a new little ice age, and things will get really interesting.” 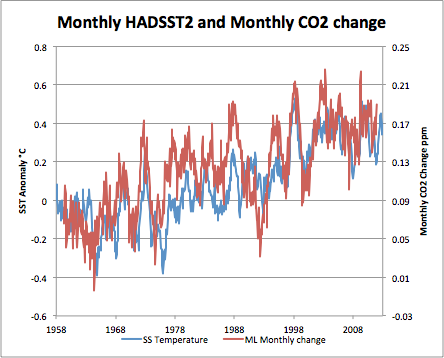 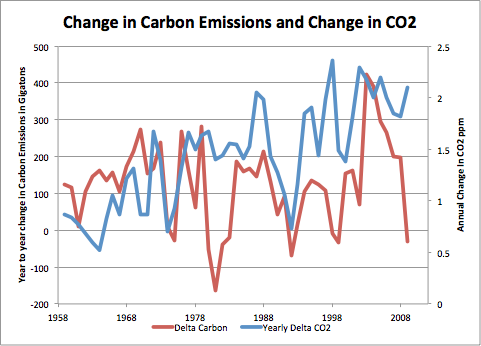 However, can a carbon sink such as the ocean become saturated with carbon? One theory here looks to the mass extinction of the Paleozoic era. The Permian–Triassic extinction event over 250 million years ago. This extinction event destroyed up to 96% of all marine species and up to 70% of terrestrial vertebrate species. There are several theories as to the cause of the extinction. “There is evidence for one to three distinct pulses, or phases, of extinction. Suggested mechanisms for the latter include one or more large meteor impact events, massive volcanism such as that of the Siberian Traps, and the ensuing coal or gas fires and explosions, and a runaway greenhouse effect triggered by sudden release of methane from the sea floor due to methane clathrate dissociation or methane-producing microbes known as methanogens; possible contributing gradual changes include sea-level change, increasing anoxia, increasing aridity, and a shift in ocean circulation driven by climate change.”

So if we look at the theory that a greenhouse effect occurred and that it was a result of release of methane from ocean microbes and or CO2 perhaps from the volcanism of the Siberian Traps all of which in turn raised temperature, acidified the oceans and polluted the atmosphere killing off the huge percentage of species during the extinction, then we should be concerned with CO2 concentrations increasing in the Ocean Carbon sink.

So to summarize to this point.

1. Atmospheric CO2 has increased to levels not seen in thousands of years. (Although there are those who question the accuracy of older measurements from ice cores.)

2. This increase appears to be man made as it corresponds to the industrial revolution and is speeding up, but there are other theories (mainly that CO2 concentrations follow increased surface ocean temperature not the other way around).

3. There is a possibility that this increase might saturate nature’s ability to effectively counterbalance it through carbon sinks, and lead to changes in the oceans and atmosphere detrimental to life.

Finally, many chemical reactions occur in the atmosphere. When methane or CO are released into the atmosphere they are oxidized to CO2 and in the case of methane also water vapor. Non-methane volatile organic compounds (NMVOCs) in the atmosphere can produce ozone. The ozone layer in the stratosphere protects the earth from UV rays as well as help to keep the earth warm. Most of the ozone on Earth accumulates in the stratosphere, a layer of the atmosphere between 15 and 30 kilometers above the Earth’s surface. The ozone layer prevents heat energy reflected by the Earth’s surface from being re-radiated into space. This process traps heat on the Earth and keeps it warm. In this way the gases in the ozone layer also act as greenhouse gases.

Water vapor formed by some of these conversions, is also considered a main factor in Global warming. Water vapor is responsible for 60%-80% of the greenhouse effects and is a natural climate process.
All in all there are many chemical reactions in the atmosphere as it checks and balances itself. Although there is much knowledge, and are many theories, the accumulative effects of all these reactions and effects combined is not clearly understood and they are not all factored into climate modeling.

Essentially, global warming occurs when the average temperature of the Earth’s atmosphere and oceans increases. The temperature has been steadily increasing since the late 19th century and has already increased about 0.8 °C (1.4 °F). In this model the primary reason for the temperature increase is the Earth’s thinning ozone layer and the increased concentrations of greenhouse gases in the atmosphere.

Worldwide estimate of temperature measurement is perhaps only accurate for the last 150 years, since they have been using thermometers to measure temperature. Methods used before this are controversial.

There are some who contend it is very difficult, if not impossible, to average a world wide temperature and, as well, not all that accurate a measurement as there are too many local effects and variables, constantly changing weather patterns, and that the positions and placements of the thermometers have changed over this time and the thermometer distribution is inadequate.

With this being said, the accepted general consensus is that worldwide temperature has increased approx. .6° to .8° C over the last 150 years.

So who cares if the temperature has risen less than 1°C over the last 150 years. Is there an ideal average temperature for the earth?

The argument is that too much Greenhouse effect starts to warm the planet causing ice packs to melt and seas to rise and is causing an increase in severe weather events and weather fluctuations. It is also postulated that greenhouse gases can (wear away) thin, the ozone layer.

So can man made problems caused by climate warming be proven?

Here are the proposed evidence factors for anthropogenic global warming.

So are all these really happening and are they all caused by man made CO2 emissions.

Sea level has risen 20cm each hundred years for the last 300 years. So there is no unusual rise in the sea level.

So world wide temperature increases have increased with CO2 concentration, but not proportionately in the last 15 years.

The Northern Ice Cap is melting. The ice has been receding since about 20,000 years ago when the last ice age, or glacial period, reached it’s peak, after that the caps began to melt, receding from the States of America, Northern Europe, Northern-Mid Asia etc, which lead to flooding all around the world and which caused things like the flooding of the land which connected England and France etc.

Although the northern ice has, overall, been melting and receding, there are anomalies such as Greenland’s inland ice sheets which have increased in the last several years.

Ice sheets in Antartica are growing. Although there are theories as to why this may be a concomitant part of global warming.

Although more Polar Bears have been found drowned, the worldwide Polar Bear Population is increasing due to hunting restrictions.

Although there is not wide spread measurement of the ocean’s acidity there are several measurement spots that have shown that an increase in Ocean CO2 concentration, from 300 to 400 – measured in partial pressure, correlates with a decrease in ph of .15 .

Ocean chemistry is not uniform around the world, so local conditions can cause pH measurements to differ from the global average. For example, carbon dioxide dissolves more readily in cold water than in warm water, so colder regions could experience greater impacts from acidity than warmer regions. Air and water pollution also lead to increased acidity in some areas.

Surface waters can absorb carbon dioxide from the atmosphere within a few months. It can take much longer for changes in pH and mineral saturation to spread to deeper waters, so the full effect of increased atmospheric carbon dioxide concentrations on ocean acidity may not be seen for many decades, if not centuries.

Headline from 2014:
Sierra Nevada snowpack levels are greater than a year ago

Headline from 2017:
California Snowpack 185% of normal, another big snow on the way

The Paris Climate Accord:

Although looked upon as a public union of international support for climate change agreement and philosophy, the Paris Agreement had other consequences for the US.

The Agreement committed the US to 3 Billion dollars annually to help other nations with their energy programs.

According to the Paris Treaty any other country could have sued the United Sates if they could show our Greenhouse gases floated over their air space and if we challenged that finding, it would be adjudicated by treaty members. (Iran being one of the countries sitting on the adjudication court.)

Any technology developed in the US has to prove it doesn’t significantly increase CO2 or it cannot be made. Also if any technology is created in the US that can reduce CO2 it has to be shared with the rest of the members without renumeration.

In Conclusion What do We Know.

For me, in the last analysis, it doesn’t really matter. Perhaps it’s simpler. It doesn’t take much intuition to realize you don’t want to be sucking on an exhaust pipe or living in a polluted city or amongst human garbage. Cleaning up the environment is good for everyone. Clean air and clean water is good for everyone. I am not sure we have to spend millions and billions on government programs or regulations or philosophical organizations. We simply have to take responsibility and start cleaning up after ourselves and demanding clean air and clean water.