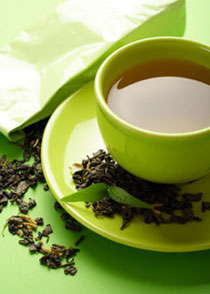 Drinking three or more cups of tea a day is as good for you as drinking plenty of water — and may be even better.

Research dispels the common belief that tea dehydrates. Tea not only rehydrates as well as water does, but it can also protect against heart disease and some cancers.

‘As in previous studies, a strong link between the beverage and heart-protective qualities was established, most likely a result of the beneficial flavonoid activity in the tea.

The research suggests that drinking one to eight cups (cups, not gigantic mugs) a day is associated with a reduced risk of chronic disease.’

I still believe the majority of your daily fluid intake should be high quality pure water. However, if you use pure water as a base, adding a high quality organic tea can actually improve the health benefits you receive, as long as you avoid sweetening each cup with added sugar. I also do not recommend adding pasteurized milk to your tea.

Tea has been linked to a variety of health benefits, including:

There’s still some debate as to which kind of tea is the most beneficial — green- and black tea being the most cited, but you can also consider Indian herbal teas like Tulsi.

One so-called ‘health benefit’ of tea that I strongly disagree with however, is the claim that the increased intake of fluoride from tea would have a positive impact on your health.

It’s important to realize that fluoride is a toxic substance that can have profoundly negative effects on your body. For more information, I highly recommend listening to my recent interview with Dr. Paul Connett, one of the leading experts on fluoride.

Several studies have made it clear that tea can be a source of fluoride, and contrary to what you’ve been led to believe by health officials and the conventional media, the risk of consuming fluoride far outweighs any stated benefit.

So, when I recommend drinking tea, it’s with the caveat that the tea be of high quality and free of fluoride.

How Tea Benefits Your Health

A growing body of research suggests that many of the health benefits attributed to tea are largely imparted by its polyphenols (naturally occurring antioxidants), including epigallocatechin-3-gallate (EGCG), which is the main active component of the tea polyphenol’s biological activity.

It is generally recognized that antioxidants protect your health by fighting free radicals in your body, thereby preventing damage from oxidation.

Free radicals are highly reactive molecules that steal electrons from everything they encounter, be it a cell wall, or a strand of DNA. The loss of an electron, in turn, oxidizes these cells, which makes them unstable and easily breakable. As this free-radical damage continues, cells can no longer perform properly, and hence, tissues begin to degrade and disease sets in.

Polyphenols, specifically, have been shown to:

EGCG is also known to have a regulatory effect on fat metabolism, and several studies suggest it may even improve exercise performance.

Because it’s the least processed kind of tea, green tea contains the most EGCG of all tea varieties. So other than water, I believe high-quality green tea is one of the most beneficial beverages you can consume.

As I mentioned above, another excellent choice is Tulsi tea.

It too is chock-full of antioxidants, but the complex and unique chemistry of this aromatic herb also offers benefits that go over and beyond that of other teas.

Working together, these compounds possess potential antioxidant, adaptogenic, and immune-enhancing properties that can fight stress and help promote your general health in multiple ways, including:

How to Evaluate the Quality of Green Tea

Out of the seemingly endless varieties of tea out there, there are only a handful I would recommend drinking. My two favorites are Tulsi tea and matcha green tea. But as I mentioned earlier, quality is paramount when selecting tea — especially when it comes to green tea.

Matcha tea is a vibrant bright green tea that contains the entire ground tea leaf, and can contain over 100 times the EGCG provided by regular brewed green tea.

A telltale sign of high quality is that it is in fact green.

If your green tea looks brown rather than green, it’s likely been oxidized, which can damage or destroy many of its most valuable compounds.

Should You Worry About the Caffeine Content of Your Tea?

Some people avoid drinking tea because it contains caffeine. Indeed, caffeine has been linked to many health problems, like increased blood pressure and levels of stress hormones. Still, caffeine is far less dangerous than fruit juice or soda and in small quantities should not be a problem, especially if it comes from tea.

A study published in the American Journal of Clinical Nutrition in July 2008 found that caffeine from tea (as opposed to caffeine from coffee) contains a natural protein called theanine, which actually counters the normal side effects of caffeine such as raised blood pressure, headaches and tiredness.

The exception here is women who are pregnant or breastfeeding.

Caffeine is a stimulant drug that easily passes through the placenta to the developing fetus and is also transferred through breast milk, and can have devastating effects on the baby. So pregnant and breastfeeding women should avoid all caffeinated beverages.

If you’re looking for the one with the least caffeine, green tea, again, comes out as a clear winner. Green tea contains about half the caffeine as coffee. Black tea typically contains slightly more caffeine than green tea.

If you really need to avoid caffeine, Tulsi is your best choice as it has doesn’t have any.

What’s a Healthy Amount of Tea?

There’s a common misconception that you’d have to drink an entire pot or two of tea to experience any significant health benefits. But much of the research on green tea, for example, has been based on about three cups daily.

One cup of green tea will provide you with 20-35 mg of EGCG, depending on the quality of your tea, so three cups a day will supply you with anywhere from 60 to 105 mg.

If you enjoy tea, go ahead and add a few cups of green tea or Tulsi tea to your day. Some people may not like the flavor of high quality green tea. If you fall in that category, you may want to try Tulsi tea instead. It’s delicious, and can be served hot or chilled.

Stevia is an excellent choice if you want to sweeten your tea.