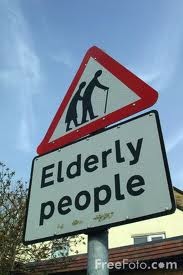 Medicare will pay for those services if they are needed to maintain a person’s ability to perform routine activities of daily living or to prevent deterioration of the person’s condition, the courts said. Medicare beneficiaries do not have to prove that their condition will improve, as the government sometimes contends, the courts said.

The rulings are potentially significant for many people with chronic conditions and disabilities like multiple sclerosis, Alzheimer’s disease and broken hips. Skilled care may be reasonable and necessary and covered by Medicare even if the person’s condition is stable and unlikely to improve, the courts said.

The government has not said whether it intends to appeal either decision.

Representative Joe Courtney, Democrat of Connecticut, welcomed the decisions. ‘People with chronic conditions are being denied care in the mistaken belief that Medicare requires improvement of a person’s condition as a prerequisite for coverage,’ Mr. Courtney said Monday. ‘That’s not in the law. It’s urban legend.’

In one case, the Federal District Court in Pittsburgh said Medicare officials had used the wrong legal standard in denying coverage of skilled nursing home care to an 81-year-old woman, Wanda Papciak.

After hip replacement surgery, Ms. Papciak received skilled nursing care, physical therapy and occupational therapy in a nursing home. Medicare terminated coverage after five weeks, saying her condition had not improved and was unlikely to improve.

In reversing the decision of Medicare officials, the court said Ms. Papciak needed skilled nursing home care ‘to maintain her level of functioning’ and to prevent her condition from deteriorating.

Medicare officials had argued that Ms. Papciak was receiving only ‘custodial care,’ for which the program does not pay. The court said Medicare officials had ‘failed to apply the correct legal standard,’ and it cited court rulings in support of the proposition that the Medicare law ‘is to be liberally construed in favor of beneficiaries.’

In a legal brief in the Papciak case, the government had rejected the argument that ‘sustaining and preserving current capabilities is grounds for skilled care.’ Before Medicare will cover skilled nursing services, it said, ‘there must be an expectation that the beneficiary’s condition will improve materially in a reasonable and generally predictable period of time, based on the physician’s assessment.’

Medicare officials said they were right to end coverage of skilled nursing care for Ms. Papciak because she had reached her ‘maximum functional capacity.’

But her lawyer, Stella L. Smetanka, a clinical professor of law at the University of Pittsburgh, said Ms. Papciak ‘could have made further progress if they had continued therapy and not given up on her.’

In any event, Ms. Smetanka said, ‘the services were needed to prevent further deterioration — that’s a suitable rationale for skilled nursing care.’

In the other case, a federal district judge in Vermont ruled that Medicare had improperly denied coverage for certain home health services provided to a 66-year-old woman who had had two strokes.

The judge, Christina Reiss, said that even though the patient, Sandra Anderson, might have been in stable condition, she still needed home health care to prevent deterioration of her functional ability. A Medicare beneficiary ‘need not risk a deterioration of her fragile health’ to justify continuation of skilled care, Judge Reiss said.

A group of 17 House Democrats, led by Mr. Courtney, recently sent a letter to the Obama administration objecting to its interpretation of the law.

‘Beneficiaries are frequently told that Medicare will not cover skilled services if their underlying condition will not improve,’ the letter said. ‘For example, as people with multiple sclerosis are often not likely to improve, skilled services such as physical, occupational and speech therapies that are necessary to slow the progression of the disease, or maintain current function, are denied. As a result, these individuals’ conditions deteriorate — frequently leading to more intense, more expensive services, hospital or nursing home care.’