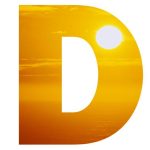 “The magnitude of the effect of Vitamin D insufficiency on cognition was substantial,” the research team concluded.
“While it is unknown if vitamin D supplements will slow cognitive decline or prevent or delay the onset of Alzheimer’s disease or dementia, it is suggested that physicians consider assessing vitamin D status in their older patients and consider vitamin supplements if warranted,” Joshua W. Miller, PhD, professor and chair, Department of Nutritional Sciences, Rutgers University, New Brunswick, New Jersey, told Medscape Medical News. “This may be particularly important in African Americans and Hispanics who have a high prevalence of low vitamin D status,” he said.

The researchers from Rutgers and University of California Davis assessed baseline vitamin D status and change in subdomains of cognitive function on standard tests in 382 adults whose average age was 75.5 years. Roughly 62% were women; 41% were white, 30% African American, 25% Hispanic, and 4% other race/ethnicity.
“There is a recent and growing literature on the associations between vitamin D status and risk of Alzheimer’s disease/dementia, cognitive decline, and brain atrophy. However, our study is somewhat unique in that we studied a relatively diverse cohort; over half of the participants were African American or Hispanic,” Dr Miller noted.
Average baseline vitamin D levels were below national standards for adequacy for the entire cohort, with a mean serum 25-OHD concentration of 19.2 ng/mL. A level of 20 to 50 ng/mL is considered adequate for healthy people. More than a quarter of participants (26.2%) had vitamin D deficiency (25-OHD <12 ng/mL) and 35.1% had vitamin D insufficiency (12 to <20 ng/mL).
As expected, mean 25-OHD levels varied by race/ethnicity, with lower levels in African Americans (17.9 ng/mL) and Hispanics (17.2 ng/mL) relative to whites (21.7 ng/mL). The prevalence of vitamin D deficiency also differed by race/ethnicity, with rates higher in African Americans (42.5%) and Hispanics (28.1%) than in whites (13.3%).
At baseline, 17.5% of participants had dementia, 32.7% had mild cognitive impairment (MCI) and 49.5% were cognitively normal. Average 25-OHD levels were lower among those with dementia (16.2 ng/mL) compared with those with MCI (20.0 ng/mL) and normal cognitive function (19.7 ng/mL). The prevalences of vitamin D deficiency and insufficiency were higher in those with dementia (35.8% and 40.3%, respectively) compared with cognitively normal adults (24.3% and 34.9%, respectively) and adults with MCI (24.0% and 32.8%, respectively), although these differences did not reach statistical significance.
During an average follow-up of 4.8 years, rates of decline in episodic memory and executive function were greater in vitamin D–deficient and vitamin D–insufficient adults, relative to those with adequate vitamin D status, after adjustment for a variety of factors, including age, sex, education, ethnicity, body mass index, season of blood draw, vascular risk, and apolipoprotein E4 genotype.
Table. Rates of Decline in Cognitive Function by Vitamin D Status

During follow-up, vitamin D–deficient adults declined 0.30 standard deviation (0.06 SD/year) in episodic memory and 0.46 SD (0.08 SD/year) in executive function, whereas those with normal 25-OHD status declined 0.10 SD (0.02 SD/year) in episodic memory and 0.20 SD (0.04 SD/ year) in executive function.
“Independent of race or ethnicity, baseline cognitive ability, and a host of other risk factors, vitamin D insufficiency was associated with significantly faster declines in both episodic memory and executive function performance, which may correspond to elevated risk for incident AD dementia,” the investigators write.
Dr Miller noted that while the rate of cognitive decline in African Americans and Hispanics “does not seem to be more or less affected by low vitamin D status, because these groups have a higher prevalence of low vitamin D status, as subpopulations they may be more prone to rapid cognitive decline in old age. Further studies addressing this possibility are needed.”
Rapidly Growing Body of Evidence
Vitamin D status was not significantly associated with decline in semantic memory or visuospatial ability. Limitations of the study include lack of directly measured dairy intake, sun exposure, or exercise, which can influence vitamin D levels.
Reached for comment, David J. Llewellyn, PhD, senior research fellow in clinical epidemiology, University of Exeter, United Kingdom, told Medscape Medical News, “This moderately sized study is consistent with a rapidly growing literature linking low vitamin D with an increased risk of dementia. Few studies have yet examined the differential association between low vitamin D and decline in different cognitive domains, and studies like this are therefore sorely needed.”
“Intelligently designed trials,” added Dr Llewellyn, “are now needed which target people who are both likely to be vitamin D–deficient and cognitively decline within a reasonable follow-up period. Vitamin D supplementation remains an intriguing possibility to delay or even prevent dementia.”
Cédric Annweiler, MD, PhD, head of the Department of Geriatric Medicine, Angers University, France, also asked to comment, said, “Although confirmatory, the results reported by Joshua Miller and colleagues are important in the field because of the scarcity of available evidence on multiethnic cohorts, especially on darker-skinned ethnic groups at risk of hypovitaminosis D.”
“As there is currently no effective treatment against Alzheimer’s disease, these additional evidence encourage to pursue research in this area, in particular to evaluate the impact of the correction of age-related hypovitaminosis D on cognitive performance,” Dr Annweiler told Medscape Medical News.
The study was funded by the National Institutes of Health. The authors, Dr Llewellyn, and Dr Annweiler have disclosed no relevant financial relationships.
JAMA Neurol. Published online September 14, 2015. Abstract