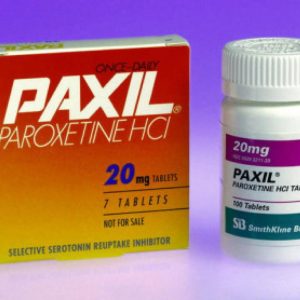 (NaturalNews) A landmark study which concluded that antidepressant drug Paxil (paroxetine) was safe for use among teenagers was fraudulent, suggests a reanalysis of the previously recorded data.

The U.S. Food and Drug Administration (FDA) credited the original paper, which was also published in the Journal of the American Academy of Child and Adolescent Psychiatry, as solid evidence that Paxil was safe for children. But the federal agency basically just took the word of GSK without actually looking at the data itself, which tells a much different story from what was published at the time.

According to The New York Times (NYT), this latest review presents a different conclusion from what was originally presented back in 2001 — that Paxil is dangerous and works no better than placebo at addressing depression symptoms. This truth, which GSK appears to have intentionally hidden from the original published data, could spell the end for Paxil.

“This paper is alarming, but its existence is a good thing,” stated University of Virginia professor of psychology Brian Nosek to the NYT. Nosek was not part of the original study or its reanalysis. “It signals that the community is waking up, checking its work and doing what science is supposed to do — self-correct.”

The pharmaceutical industry is built on lies, deception and scientific fraud

The reanalysis came about in response to growing concerns about the integrity of the peer review process. Numerous cases of scientific fraud have emerged in recent years, suggesting that a much larger percentage of the published literature may be flawed, misrepresented or flat-out inaccurate.

Some prominent examples that we’ve covered over the years include:

• The revelation that drug giant Merck & Co. had deliberately published junk science in promotion of its “blockbuster” cholesterol drug Vytorin, altering data on a follow-up study for this multi-billion dollar drug to make it appear more effective and safer than it actually is.

• DuPont’s publication of erroneous studies claiming that genetically modified (GM) “Roundup Ready” canola is safe for mammals. These studies used poor experimental design and were conducted over a very short period of time, which make their findings questionable.

Concerning GSK’s 2001 Paxil study, critics are calling for its immediate retraction because millions of children are still being prescribed this deadly drug despite its dangers and ineffectiveness. The U.K. stopped prescribing its version of Paxil (Seroxat) to children back in 2003, and experts are now calling on U.S. regulators to do the same.

“It is often said that science self-corrects. But for those who have been calling for a retraction of the Keller paper (Paxil study) for many years, the system has failed,” wrote Peter Doshi, associate editor for the BMJ, in an article published alongside the reanalysis.

“None of the paper’s 22 mostly academic university authors, nor the journal’s editors, nor the academic and professional institutions they belong to, have intervened to correct the record. The paper remains without so much as an erratum, and none of its authors — many of whom are educators and prominent members of their respective professional societies — have been disciplined.”