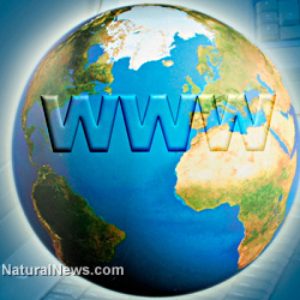 (NaturalNews) If you post articles to your Facebook wall that warn others about the dangers of vaccines, or Tweet links to the latest studies tying vaccines to autism through Twitter, the vaccine pushers of the world could soon know about it in real time. According to new reports, Bill & Melinda Gates Foundation-backed scientists in both the United States and Great Britain have jointly developed a computerized global monitoring system capable of tracking all social media activity around the world that defies mainstream vaccine dogma, and reporting it directly to authorities.

This brave new exercise in multinational, Big Brother spying is being hailed as a solution to the rapid spread of so-called “rumors” and “lies” about vaccines via the internet, which basically constitute any online free speech that questions the safety or effectiveness of vaccines. According to mainstream authorities, vaccines are completely safe and effective in every way, and anything that defies this unsubstantiated proclamation is now officially considered to be misinformation by the global police state.

According to Heidi Larson from the London School of Hygiene & Tropical Medicine in the U.K., and author of the new tracking system, free speech on the internet has “speeded up the global spread” of what she and others consider to be “unchecked rumors and misinformation about vaccines.” People thinking for themselves, in other words, and discussing legitimate vaccine safety concerns with others online is a threat to the establishment, thus the need for a virtual all-seeing eye, of sorts, to monitor all this chatter and report it directly to health officials.

The real motivation behind the development of this new tracking tool, of course, is to increase vaccine compliance by intimidating people into silence. Since the Gates Foundation-backed vaccine pushers do not have the capacity to completely prohibit online free speech as it pertains to vaccines (at least not yet), they are instead resorting to underhanded intimidation and manipulation tactics that they hope will give them a new platform to spread their propaganda more quickly and thwart efforts that defy the vaccine status quo.

This is all openly admitted by those who developed the new tracking platform using Gates Foundation funds, and it speaks for itself as to the true intentions of this sadistic cohort. An increasing number of people, for good reason, are avoiding vaccines, as study after study shows them to be toxic and largely ineffective. In fact, vaccines have been shown to be the cause of disease outbreaks, not the solution to them as claimed by Larson and others. So to stem this massive departure, the vaccine industry is seeking new ways to embed itself in the global discussion on vaccines in order to convince more people to get them.

Just in case you were wondering, virtually all of the disease outbreaks in recent years that authorities claim were caused by unvaccinated individuals were actually most prominent among the vaccinated. In other words, the data shows that vaccinated individuals are actually more likely to contract diseases like mumps, measles, and polio than are children who have not been vaccinated, which completely debunks the myths that vaccines “save lives,” and that not getting vaccinated puts one’s health at serious risk.

You can read more about how vaccines do not prevent disease outbreaks by visiting:
http://vactruth.com/2013/02/23/17-examples-of-vaccine-failure/

Sources for this article include: