Antioxidants in Black Raspberries Beat Out Other Berry Cousins Threefold 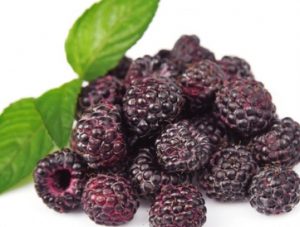 New research from the University of Agriculture in Krakow, Poland, says people in Central Europe looking for superfoods high in healthy antioxidant-rich foods should look no further than black raspberries.

Antioxidants are often touted as beneficial to humans as they prohibit, or prevent the oxidation of molecules in the body.  They protect against free radicals, which according to the researchers press release, are “natural by products of energy production that can play havoc on the body and that are closely linked with heart disease, cancer, arthritis, stroke, or respiratory diseases.”

The berries also had a higher amount of secondary metabolites, which the researchers say have proven beneficial for human health.