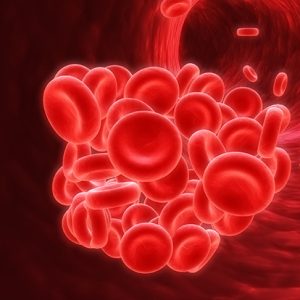 Ultrasound is the most common technique for detecting a widespread cardiovascular condition: blood clots in the leg, otherwise known as deep vein thrombosis (DVT). But there’s a little known — yet serious — risk to using ultrasound to diagnose DVT, say Yale researchers in a new study published this week by Seminars in Thrombosis and Hemostasis.

Principal investigator and senior author Dr. Behnood Bikdeli and his colleagues suspected that the pressure from an ultrasound exam could cause a clot to break off and travel to the lungs where it could form a potentially fatal blockage, or embolism. To determine the extent of this deadly complication, the researchers conducted an exhaustive and highly sensitive review of more than 3,600 published articles. They not only found cases of pulmonary embolism resulting from ultrasound for DVT, but several separate reports that claimed to be the first to see the connection. While rare, it is an “under-recognized and underreported condition,” said Bikdeli.

Ultrasound is still the safest method of diagnosing DVT, but the study authors concluded that both clinicians and radiologists need to be more aware of the phenomenon and take precautions. For example, if a patient has a large clot or becomes short of breath after an exam, clinicians should check for the complication. “Be mindful of it,” he noted. “Otherwise, it can lead to a fatal event.”

Additionally, “our study also signifies the importance of the search strategy,” said Bikdeli. “A prior systematic review had erroneously claimed that no reports existed about this phenomenon. Clinicians and researchers who look for uncommon or rare clinical events should either develop advanced skills for highly sensitive searching or collaborate with medical librarians who have the expertise of building sophisticated search queries for such purposes.”