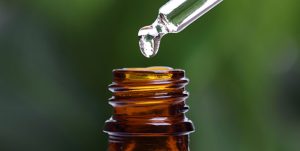 Homeopathy products are based on an idea dating from the 1700s that symptoms of disease can be treated by minute doses of substances that produce similar symptoms when given in larger doses to healthy people. Most remedies are so diluted that they no longer contain detectable levels of the initial substance, according to the FTC. This is why proponents have generally claimed that homeopathy products are safe.

The US Food and Drug Administration (FDA) has allowed — with some limitations ? homeopathic remedies to be marketed over the counter without proof of efficacy or safety. It recently warned that homeopathic teething tablets and gels, used by some parents to relieve teething pain and symptoms, may pose risks to infants and children, including risk of seizures. The manufacturer subsequently stopped selling the products.

The FTC, by its own admission, has rarely challenged what could be misleading claims by homeopathic manufacturers. Both agencies signalled a potential change when they held separate public meetings in 2015 to examine the products.

On November 15, the FTC issued a new policy statement in which the agency says it “will hold efficacy and safety claims for OTC homeopathic drugs to the same standard as other products making similar claims,” according to an FTC press release. The “companies must have competent and reliable scientific evidence for health-related claims, including claims that a product can treat specific conditions,” the FTC said in the release.

Under the new policy, the FTC said that making a case for efficacy based on traditional theories ? without any modern scientific evidence ? would amount to a misleading claim that would be illegal.

The FTC enforcement policy will still give homeopathy makers some wriggle room — but it might not be welcomed by manufacturers. According to the FTC, they can get around a violation by clearly noting on the label or in ads that “there is no scientific evidence that the product works” or “that the product’s claims are based only on theories of homeopathy from the 1700s that are not accepted by most modern medical experts.”

The agency notes that homeopathy has grown from a small, multimillion dollar market to one with sales of more than $1 billion annually.

In a just-issued report summarizing its September 2015 workshop, the FTC said one manufacturer’s chief executive estimated that more than 7000 homeopathic medicines are registered with the FDA, but that only 1000 are marketed routinely, and fewer than 100 are mass marketed. The $1 billion market is growing about 5% a year, said the executive.

“It remains to be seen what if anything FDA will do regarding prescription homeopathic drug products and if the FTC’s new policy and potential resulting enforcements actions will be challenged,” wrote Riëtte van Laack, PhD, a food and drug law attorney in Washington, DC, in a blog post on November 15. 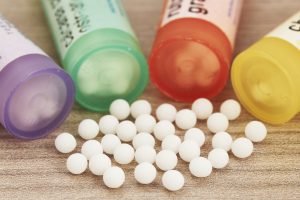 Note: Anyone who has studied Homeopathy understands it is the most natural and safe paradigm of medicine on the planet.  Anyone who has practiced Homeopathy has seen cures for a wide variety of ailments, without adverse effects. Anyone who has studied Homeopathy understands that it is similar in theory to vaccinations, but without the adverse reactions, toxic excipients and potential for harm. It is obvious that the FTC’s policy is an incorrect view of Homeopathic Medicine from persons either ignorant of Homeopathy’s benefits or industrially prejudiced. This must be perceived beyond its disguise as helpful information for an unsuspecting public, but more than likely. as the beginning of a pro pharmaceutical agenda to eliminate Homeopathic Medicine as an alternative to drug treatment.

To put things in perspective. There are 100, 000 – 200,000 deaths per year in hospitals from drugging mistakes.  A fact which is routinely ignored.

Racing for alternatives in the age of antibiotic resistance →
← Medical Fascism and Your Life..