Stop Using ‘Natural’ Deodorants Until You Read This

Stop Using ‘Natural’ Deodorants Until You Read This: ” 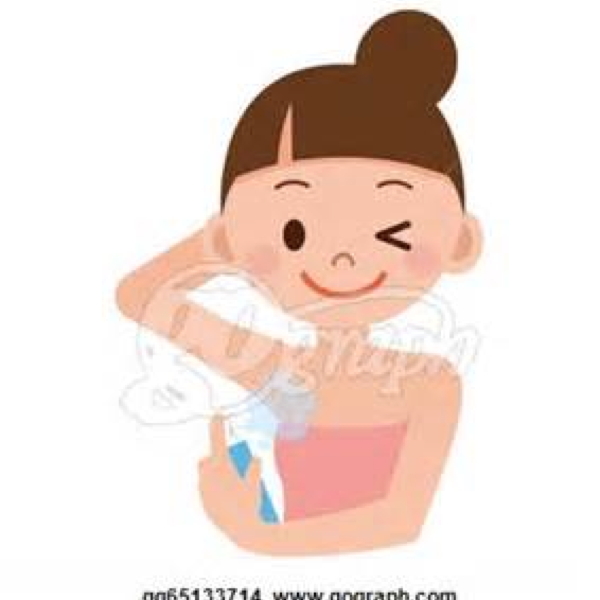 Some of the most popular natural deodorants are the ‘crystal’ deodorant stones and sprays. But most people don’t know that these crystal deodorant products contain aluminum.

The reason that most people try to avoid aluminum in deodorant is because of its possible link to Alzheimer’s disease. There is some strong evidence of a link — for instance, in 1988 a truck driver accidentally dumped 20 tons of aluminum sulfate in to a town’s drinking water.

Now, over 20 years later, they are finding a higher incidence of Alzheimer’s in the people of this town.

Incidentally, the article linked below notes that, ‘many doctors such as popular web guru and natural health expert Dr. Mercola suggest avoiding aluminum as much as possible.’

Let’s get this straight. Even though aluminum is widely distributed in the earth’s crust, it is NOT needed in ANY amounts in your body. All evidence to date points to aluminum as a poison that serves no beneficial role in your body and should be avoided.

Aluminum is widely recognized as a neurotoxin, which has been found in increased concentrations in the brains of people with Alzheimer’s disease.

Unfortunately, if you use antiperspirants or some deodorants, you are most likely exposing yourself to aluminum.

Aluminum salts can account for 25 percent of the volume of some antiperspirants.

A review of the common sources of aluminum exposure for humans found that antiperspirant use can significantly increase the amount of aluminum absorbed by your body. According to the review, after a single underarm application of antiperspirant, about .012 percent of the aluminum may be absorbed.

Multiply this by one or more times a day for a lifetime and you can have a massive exposure to aluminum — a poison that is not meant to be in your body.

Antiperspirants work by clogging, closing, or blocking the pores that release sweat under your arms — with the active ingredient being aluminum. Not only does this block one of your body’s routes for detoxification (releasing toxins via your underarm sweat), but it raises concerns about where these heavy metals are going once you roll them (or spray them) on.

In some cases, it is clear that they may be wreaking havoc directly on your brain. In 1988, for instance, a truck driver accidentally poured 20 tons of aluminum sulphate into a tank containing drinking water.

Some 20,000 people in the village of Camelford were exposed to the chemical for several weeks, and then went on to develop a rare form of early-onset Alzheimer’s disease, along with showing the presence of high levels of aluminum in their tissues.

Deodorants and Antiperspirants Linked to Cancer

Alzheimer’s disease is not the only reason to ditch your aluminum-containing antiperspirant and deodorant, as this heavy metal has also been linked to cancer.

Given that antiperspirants are used on your armpits, the aluminum salt concentration is highest near your breast tissue. Further, when women shave under their arms it can result in a higher aluminum-salt absorption rate due to the damaged skin.

In a 2007 study published in the Journal of Inorganic Biochemistry, researchers tested breast samples from 17 breast-cancer patients who had undergone mastectomies. The women who used antiperspirants had deposits of aluminum in their outer breast tissue. Concentrations of aluminum were higher in the tissue closest to the underarm than in the central breast.

Aluminum is not normally found in the human body, so this study was a pretty clear sign that the metal was being absorbed from antiperspirant sprays and roll-ons.

It’s worth mentioning that deodorants are not the same thing as antiperspirants. Deodorants may actually be less problematic than antiperspirants, as they work by neutralizing the smell of your sweat and by antiseptic action against bacteria, but do not prevent sweating.

However, many deodorants also contain aluminum, along with chemicals called parabens, which have also been linked to breast cancer. So, you’re clearly better off avoiding both antiperspirants and deodorants.

‘Crystal’ deodorant stones are a popular natural deodorant alternative, often used by health-conscious shoppers looking to avoid the aluminum and other chemicals common in most antiperspirants and deodorants.

However, if you’re looking to avoid aluminum, crystal deodorants may not be your best choice.

These types of aluminum are widely used in antiperspirants and deodorants. The aluminum is taken into sweat ducts in the top layer of your skin where they act as a plug, stopping the flow of sweat to your skin’s surface.

There is evidence, however, that this aluminum is absorbed into your body where it may cause serious damage.

The aluminum in crystal deodorant stones is a different type of compound known as an alum, the most common form being potassium alum, also known as potassium aluminum sulfate.

Potassium Alum or Ammonium Alum are natural mineral salts made up of molecules that are too large to be absorbed by your skin. They form a protective layer on your skin that inhibits the growth of odor-causing bacteria. These deodorants are recommended by many cancer treatment centers.

But while this may be a better alternative to most antiperspirants and deodorants on the market, it is not completely aluminum-free.

I’ll share with you my top tips for staying odor-free naturally shortly, but first I want to explain why I stopped using any antiperspirants or deodorants over 25 years ago . and suggest you also do the same.

Please note that this recommendation is for antiperspirants only, not deodorants. Many confuse the two. Nearly all antiperspirants use aluminum or alum-based salts to achieve their sweat reduction effect.

It is an absolute no brainer for you and your family to avoid all conventional aluminum-based antiperspirants. The evidence is very clear that these are absorbed and will contribute to aluminum in your body.

Regarding purportedly safe ‘alum’ based antiperspirants found in most health food stores, the companies that produce these claim that the mineral salts are too large to be absorbed and thus provide no danger. However, we have been unable to uncover any solid evidence that supports this claim so it would seem prudent to avoid using them.

While these crystals are probably better than using a conventional antiperspirant, they are clearly not aluminum-free and it still poses a possible Alzheimer’s risk and contributes to background toxicity in your body.

It would seem best to exercise the precautionary principle at this time and avoid these crystal-based alum antiperspirants.

Personally, I have not used antiperspirants for over 30 years, once I realized that they were actually causing the stains in the underarm area of my shirts and that wasn’t due to my own sweat. That was a major clue to me to avoid them.

All I do is use simple soap and water and that seems to work well enough that my friends and relatives do not tell me I have any offensive body odor. I typically will wash under my arms in the morning and after I workout.

This approach has served me well for over three decades, however if you find you need a more aggressive approach, then try a pinch of baking soda mixed into water as an effective all-day deodorant.

Additionally, there are many non-aluminum or alum-based alternatives in your local health food store that would likely serve your needs, but I would encourage you to at least TRY going without before making your mind up.

Administration will ask Congress to rid machines of junk food →
← Banned in 160 Nations. Yet U.S. FDA Regards it as Safe?
4 Comments