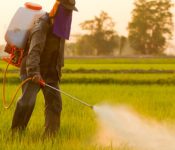 UNC School of Medicine have found a class of commonly used fungicides that produce gene expression changes similar to those in people with autism and neurodegenerative conditions, including Alzheimer’s disease and Huntington’s disease

Mankind Rushes Towards Disaster as Bees and Pollinators Die Out.. The 20,000 or so species of pollinators are key to hundreds of billions of dollars’ worth of crops each year – from fruits and vegetables to coffee and chocolate. Yet 2 out of 5 species of invertebrate pollinators, such as bees and butterflies, are on the path toward extinction, said the first-of-its-kind report. Pollinators with backbones, such as hummingbirds and bats, are only slightly better off, with 1 in 6 species facing extinction.

“We are in a period of decline and there are going to be increasing consequences,” said report lead author Simon Potts, director of the Centre for Agri-Environmental Research at the University of Reading in England. 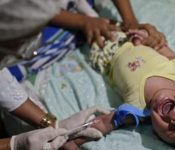 “It’s a global scandal. Brazil has created a worldwide panic,” said Alexandre Dias Porto Chiavegatto Filho, a professor of epidemiology at the University of Sao Paulo, one of the most-respected universities in Latin America. “I’m not saying that Zika is not causing microcephaly, but I am saying that the ministry has yet to present any scientifically credible evidence to support that conclusion.”

(Global Warming Alert?) Seas are Rising Way Faster Than Any Time in Past 2,800 Years 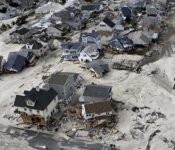 Sea levels on Earth are rising several times faster than they have in the past 2,800 years and are accelerating because of man-made global warming, according to new studies.

An international team of scientists dug into two dozen locations across the globe to chart gently rising and falling seas over centuries and millennia. Until the 1880s and the world’s industrialization, the fastest seas rose was about 1 to 1.5 inches (3 to 4 centimeters) a century, plus or minus a bit. During that time global sea level really didn’t get much higher or lower than 3 inches above or below the 2,000-year average.

But in the 20th century the world’s seas rose 5.5 inches (14 centimeters). Since 1993 the rate has soared to a foot per century (30 centimeters). And two different studies published Monday in the journal Proceedings of the National Academy of Sciences, said by 2100 that the world’s oceans will rise between 11 to 52 inches (28 to 131 centimeters), depending on how much heat-trapping gas Earth’s industries and vehicles expel.

“There’s no question that the 20th century is the fastest,” said Rutgers earth and planetary sciences professor Bob Kopp, lead author of the study that looked back at sea levels over the past three millennia. “It’s because of the temperature increase in the 20th century which has been driven by fossil fuel use.”

Why Are So Many People Choosing Not to Vaccinate? 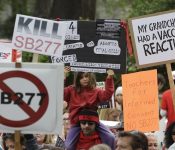 Image Source: Southern California Public Radio (SCPR) Why Are So Many People Choosing Not to Vaccinate? By Speed The Shift – February 8, 2016 A Comprehensive Review of Vaccines – Part 1 of 12 What is With All These Vaccine Skeptics? Most people have…