Zika Virus Painted as A Threat to Mankind: What are the facts and what is the truth? 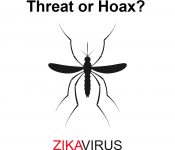 It’s been nearly nine months since the word “Zika” flashed like a lightning bolt in the headlines of mainstream news. Before January 1, 2016, Zika was just one of many viruses that public health officials monitored. But suddenly in January of this year everything changed, as a nearly harmless virus was transformed into a worldwide threat.

Natural Supplements Much Safer Than Drugs or Food 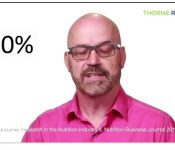 Alan L. Miller, ND from Thorne Research highlights the safety of natural supplements compared to drugs and food. Not surprisingly Natural Supplements are, by far and away, the safest health alternative.

The Pharma Bulls are Loose, and it’s the End of Democracy in America 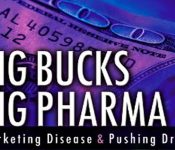 Dr. Lyons-Weiler states the case of pharma domination of the health industry and of our medical freedom of choice. And as Robert DeNiro put it, once you use your freedom of speech against big pharma, “something happens”. They try to stifle discussion as if alien troll mongers were standing ready to eliminate any talk of health alternatives other than drugs and to make sure we never even think there is any other reality. And yet when you actually look deeply into their claims, by finding and reading and analyzing the studies and data, as Dr. Lyons-Weiler did, it becomes quite clear they are based more on wishful thinking than clearly proven fact. 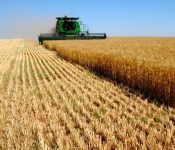 Genetically modified wheat developed by Monsanto Co, and never approved by federal regulators, has been found growing in a Washington state farm field, the U.S. Department of Agriculture (USDA) said on Friday.

The discovery of 22 unapproved genetically modified (GMO) wheat plants has prompted an investigation by federal and state investigators – the third such discovery in three years. 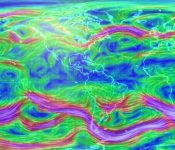 Environmental scientists have declared a “global climate emergency” after the Northern Hemisphere Jet Stream was found to have crossed the equator, bringing “unprecedented” changes to the world’s weather patterns.
Robert Scribbler and University of Ottawa researcher Paul Beckwith warned of the “weather-destabilising and extreme weather-generating” consequences of the jet stream shift.

Sleep Apnea and the AHI: Oxygenation, Heart and Respiratory Problems 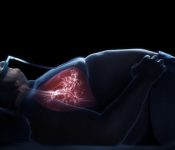 Sleep Apnea: Respiratory problems, oxygenation problems, snoring, heart problems. What is sleep apnea and how does it effect your life, is explained through understanding the AHI (Apnea Hypopnea Index) or the amount of pauses in your breathing per hour of sleep.